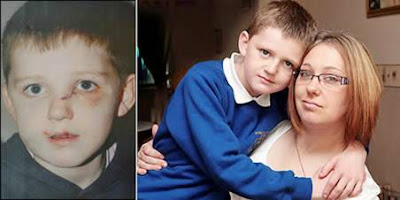 The nine-year-old boy who saved his mother when an armed intruder tried to stab her to death. The boy was stabbed in the face as he fought to save his mum from a knife maniac. Nathan Thomson jumped on Hugh Clark's back as the drunken thug tried to kill his mother Ena. Clark turned on the little boy and lashed out with the blade, scarring him for life. But Nathan helped save Ena, who was knifed eight times but survived. The attack happened after the drunk offshore worker broke into the Rosyth's home in Fife. (Link | Photo). 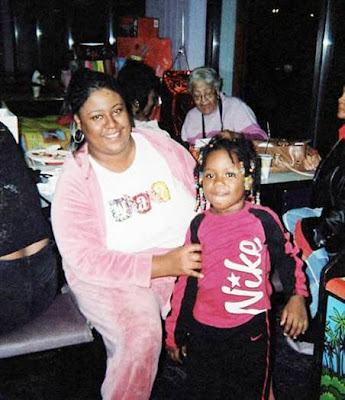 The seven-year-old girl who used her body as a shield to save her mother's life. Alexis Goggins, a first-grader at Campbell Elementary School, was hailed as an "angel from heaven" and a hero, for jumping in front of an enraged gunman who pumped six bullets into the child as she used her body as a shieldto save her mother's life. The girl's mother, Selietha Parker, 30, was shot in the left side of her head and her biceps by a former boyfriend, but before he could fire again, Alexis jumped over the seat between her mother and the gunman and begged him not to shoot her mother. (Link) 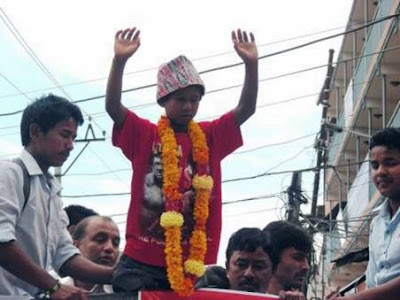 The twelve-year-old boy who risked his own life to rescue a baby girl from a 60-foot-deep gorge. A two and half year old toddler, Aradhana Pradhan, was rescued by Kamal Nepali, 12 years, after a team of professional rescuers all gave up having failed to bring the child back up even after repeated attempts. But even after 22 hours of repeated attempts, the rescuers weren't able to bring the child out. They started fearing the worst and then Kamal arrived at the scene. His elder brother Salum had told him that only a very small and thin person could manage to get through the very narrow gorgeto save the girl. "A small girl like our own little sister is trapped in the gorge, would you like to go down to rescue her?" Salum had asked Kamal. Immediately after that Kamal had readied himself to go into the gorge. (Link | Photo) 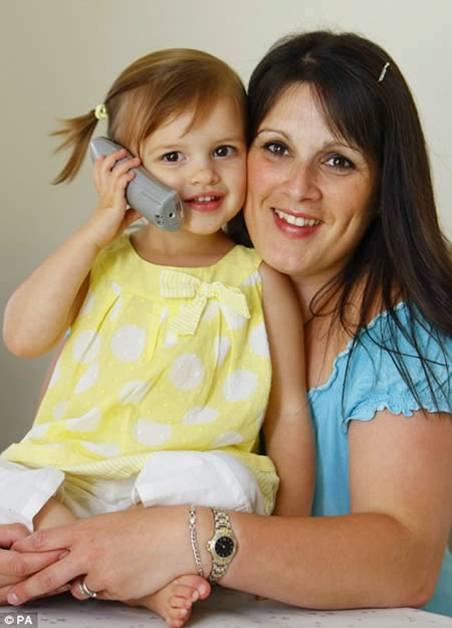 The two-year-old girl who called 999 to save her mother's life. Isabelle Keeling, 2, called the emergency services as her mother Joanne suffered a reaction to latex at their home, and was able to give her name, address and telephone number. She even opened up the front door to let in neighbours and paramedics, who were able to promptly treat her mother. Just the day before, Isabelle had watched an episode of the children's TV programme Tweenies where she had seen how to call 999. (Link) 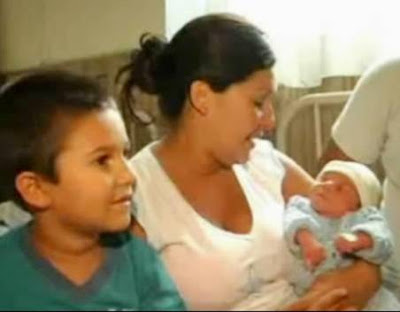 The six-year-old boy who helped his mother to give birth. When his mother began to suffer strong contractions, and was forced to give birth at home, Agustin was the only one who was with her, so he attended his mother at giving birth. Also Agustin was encharged to call his father, who arrived home a few minutes later. When the little boy was asked if he was afraid, he answered: “My mom always says that all women are in pain when they go to have a baby”. (Link | Photo) 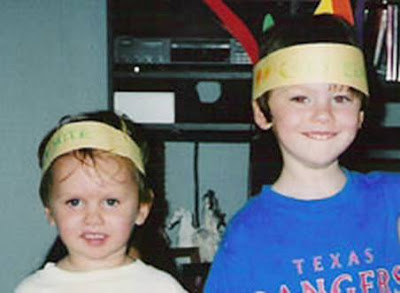 The five-year-old boy who saved his youngest brother from burning mobile home. Cody McNeese fought through flames and smoke to return to his bedroom to make sure his 3-year-old brother, Dustin, got out of their burning mobilehome alive. (Link)
07 Charlie Simpson 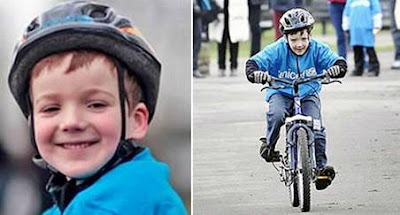 The seven-year-old boy who made a cycle ride to raise funds for Haiti earthquake victims. Charlie launched his efforts with a simple message: "My name is Charlie Simpson, I want to do a sponsored bike ride for Haiti because there was a big earthquake and loads of people have lost their lives. I want to make some money to buy food, water and tents for everyone in Haiti." His efforts have touched the hearts of people around the world with visitors to his JustGiving website page piling on the pounds following his sponsored ride for the charity Unicef in Fulham, south London. Charlie hoped to raise £500 for the Haiti earthquake relief by cycling five miles around a local park, but he has raised £120,000 in donations and gift aid. (Link)

The eight-year-old boy who stripped the radio wires and connected them to call for help as his dad lay trapped in the wreckage of a truck rollover. Michael and his father, Justin, were driving home to the family farm in a truck, when a tyre blew and truck rollover. When Justin regained consciousness minutes later his leg was caught in the mangled truck, trapping him in the vehicle. Michael, who had been sitting in the sleeper cabin, crawled out of the wreck through the windscreen and tried to free his dad with a tyre lever. When that didn't work, he rummaged for the radio, but it couldn't work because it wasn't connected to the truck anymore. Finally, under his father's guidance, Michael was able to get the radio working and call for help. (Link)

The ten-year-old boy who saved his mum from drowning in a bath. Amanda Smith had fainted in the tub and slipped under the water when her 10-year-old son found her. Aidan pulled the plug out of the bath, grabbed his mum by the hair, dragged her out of the water and put her in the recovery position. He then phoned his gran Sheila MacDonald, who works as a domestic worker at Borders General Hospital, to ask for help. An ambulance was called to take Amanda to the hospital, where she spent three days recovering. (Link | Photo) 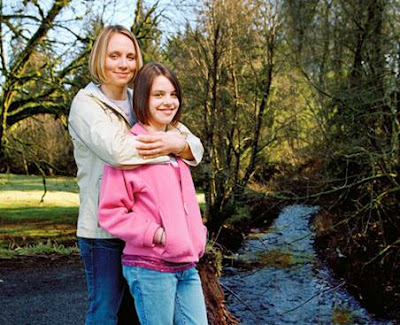 The eleven-year-old girl who saved seven people when their cars ended up in the river. After heavy rains washed out a section of the roadway, two vehicles, including the one Maddie McRae was riding in with her mother and two siblings, ended up in the river. "I thought we were going to die because the water was going over our heads", she said. But Maddie managed to get out of the vehicle through the broken windshield, crawl across a tree branch to the shore, and then climb an electric fence to reach a nearby farmhouse. She called 9-1-1 and rescuers were able to pull her family to safety using ladders and ropes.