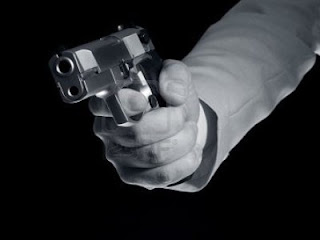 DHAKA (Feb 24, 2013) : Bangladesh police fired live rounds on Sunday in clashes with Islamists demanding the execution of bloggers they accuse of blasphemy, killing at least three protesters and injuring dozens.
Eighteen of the injured suffered bullet wounds in the unrest at Singair in the central district of Manikganj, as the Muslim-majority nation was hit by an Islamist-enforced strike.


Khalilur Rahman, residential medical officer of Singair Hospital, told AFP three young men died of bullet wounds there.
"We've sent 18 other bullet-hit injured people for better treatment to Dhaka. The condition of the three people is very critical," he added.
Mizanur Rahman, deputy police chief of Manikganj, said clashes broke out after up to 3,000 protesters, including students from religious schools known as madrassas and supporters of the main opposition party, barricaded a highway.
"They attacked us with machetes, sticks, bricks and firearms from three sides when we tried to clear the barricade. We fired back in self-defence," he told AFP, adding at least 40 people were injured
"The imam of the local mosque used loudspeaker to rally the protesters. They were shouting slogans for the execution of the bloggers, accusing them of being non-believers and atheists," Rahman said.
The violence broke out as 12 small Islamic parties, backed by the largest Islamic group Jamaat-e-Islami and the main opposition Bangladesh Nationalist Party, called a nationwide strike in protest at Friday's police action against Islamists.
Four people were killed, three in police shooting, and about 200 were injured during Friday's protests by tens of thousands of Islamists, demanding the hanging of bloggers whom they say blasphemed Islam and the Prophet Mohammed.
Tensions have risen over allegedly anti-Islamic blog posts by Ahmed Rajib Haider, who was hacked to death last week near his home in Dhaka.
In recent weeks Haider and fellow bloggers had launched massive protests demanding a ban on the Jamaat-e-Islami, and the execution of its leaders for alleged war crimes in the 1971 independence struggle against Pakistan.
Since Haider's death, Bangladeshi social media has been flooded with his alleged blog posts and with those by other bloggers mocking Islam, triggering protests by a number of Islamic groups and clerics. – AFP